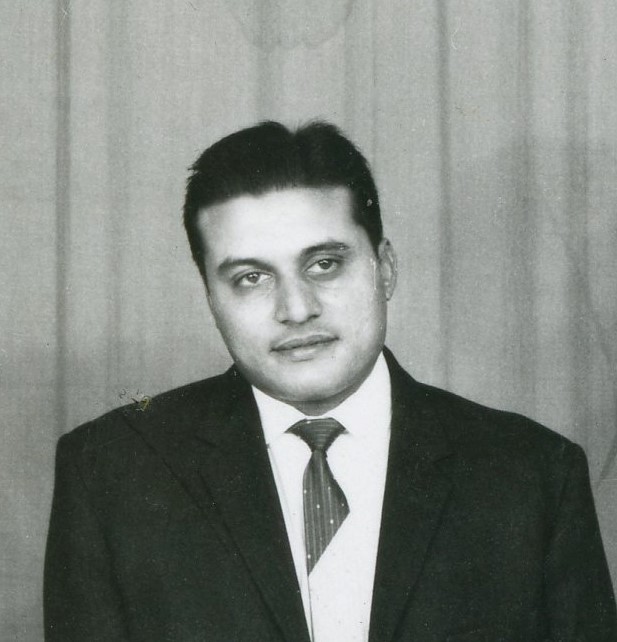 Sultanmama is mummy’s younger brother. He used to live in Kisumu, Kenya until he got married. Papa had attended his wedding and was his best man. (photo page 89) 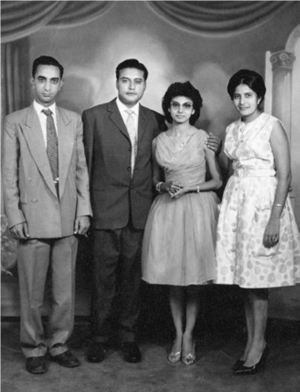 After his wedding, he came to Tanga with his wife Roshan, whom we called Mami. They were a beautiful young couple, and they had come to Tanga for their honeymoon. Usually, the weddings of that generation were arranged by their parents and the match decided by the two families. But not Sultanmama’s. Their’s was what they called a “Love Marriage”. I remember they had brought us gifts, mostly food, and Bazooka gum! OMG! To die for. We hardly ever chewed gum, so this was a real treat for us. They had also brought nuts and pistachios. There was a lot of joy and laughter in the house.

After his wedding, he moved to Congo together with his wife, Badrumama, his older brother, and his wife to start business there. They had a huge sprawling house, painted all white outside. Both the mamis were with them. They had a soap factory on the premises.

Since they lived in Congo, they had only visited us once and, unfortunately, he died at an early age of 47.

Sultanmama and his wife lived in Congo with their two sons Faizal and Shahezad. His wife, Roshan mami was out of town. That evening, the youngest son Faizal was arriving by plane. Sultanmama with his eldest son Shahezad, who was 18 years old at the time, went to pick him up at the airport. At the airport, Sultanmama had a confrontation with the security guard. It turned into a heated argument, enough for Sultanmama to collapse. By now, it was late at night, the airport was empty, and there was no ambulance to call in the middle of the night in this small town in Congo. The only option left for the two brothers was to carry their father, who was not a small man, into the car and drive him to the hospital, themselves.

At the hospital, he was pronounced dead from a heart attack. May his soul rest in eternal peace. Ameen!