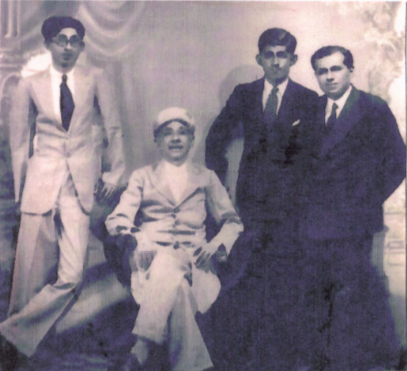 Jaffer Bhai was a scion of the old Somji Khakhauni business family, that was well-established by the time of the German rule in East Africa.

Jafferbhai was appointed as a financial secretary(in today’s term, a Finance Minister) of German East Africa during German rule in Tanganyika in the then capital Bagamoyo.

The German Colonial Handbook 1908 mentions the firm of "Jafar Simji" as represented in Iringa & Songea in 1908.

According to John Illiffe (see below), 1000 Indians & family followed German settler, Capt. Tom Prince to Iringa in 1898. But the the German Colonial Handbook Supplement 1904 omits this entire fact. So the firm may have arrived earlier but are recorded as being there in 1908.

According to the community records, Jafferbhai Somji was Mukhi(Chief Custodian) of the Tanga Khoja Ismaili Jamatkhana between 1921-1922.