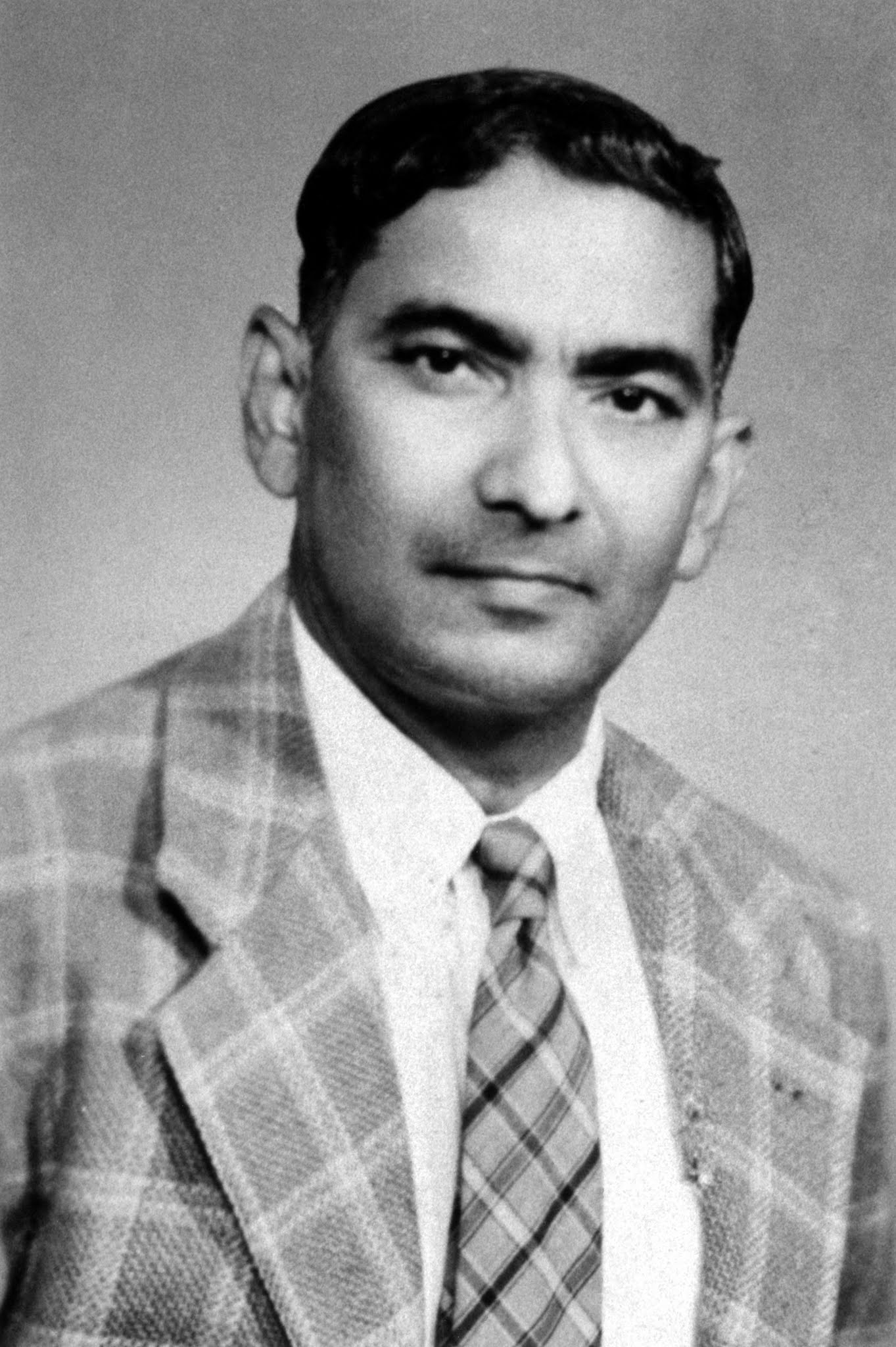 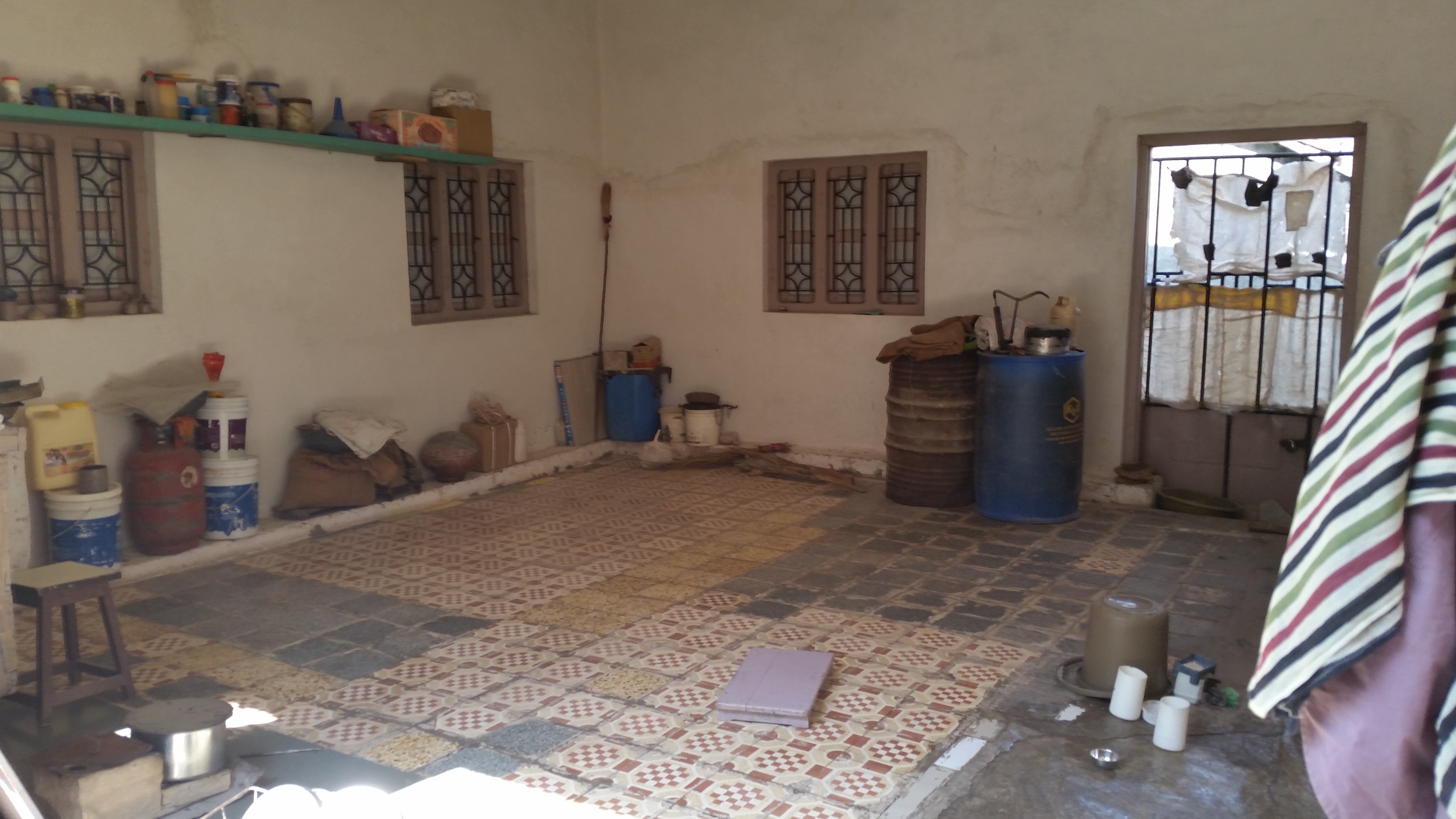 Maherali Bhai came over to Tanzania when he was 8 years old. His father had immigrated just before the WW1 started and the family, including his mother and six siblings were stuck in Kathiawar.

Although he was enrolled in a school in Dar es Salaam, he found a job as soon as he received his driver’s license and worked as a travelling salesman for British American Tobacco (BAT). a big and prestigious employer. He drove around the Coast region, marketing BAT cigarettes and seems to have enjoyed his life as it appears from his pictures of the time. He was also a good dresser.

On 17th October 1937, he was married to Kulsum, sister of Hassanali Bhanji of Hassan Press. Soon after, he joined an architect firm in Dar es Salaam and learnt drafting. He was probably the first Ismaili Khoja to do so.

In 1947, the British colonial government set up a large scale scheme to grow groundnuts in the Kongwe region in southern Tanzania, with the intent of settling the newly released soldiers from the WW 11.

Our Imam issued an edict in 1945 exhorting us to settle in the south. Each family had access to a loan of TSh 5,000 with flexible repayment terms. It sufficed to set up a small shop or business. His visit to Lindi in 1946 added emphasis to his words. The early 1950s saw other avenues for economic advancement open up. Housing and commercial loans on generous terms from community institutions were now regularly available. The colonial authorities provided plots for houses, shops, prayer houses and schools. While life was decidedly difficult, and our parents slogged daily from dawn to dusk to maintain a minimally decent existence, these were the conducive aspects of the historic conditions under which they came to make a home for themselves in Lindi and its interior areas.

Aga Khan III was a global statesman and one of the wealthiest persons in the world. His politics over a life time mostly reflected the agenda of the British empire. Thus, in India and Africa, he urged his followers to be loyal subjects of the Crown. The advice to set up shop in the south likely had the nod of the British rulers who were instituting a massive ground nuts production scheme in central and southern Tanzania. It came with an influx of colonial officials, company employees and their families. The Asians were to be the middle-men for the European firms, and were as well expected to establish the service infrastructure for colonial rule, thereby enabling the European way of life to operate without too many glitches.

The poorly conceived scheme failed in a matter of years. The bulk of the Europeans left, but the Asians stayed behind. Ground nuts or not, their presence was vital for the import-export structure to take root, expand geographically and flourish financially.
— Professor Karim F. Hirji

In 1949, Maherali was hired by the United Africa Company, a subsidiary of Unilever and posted as a senior supervisor at the district capital, Nachingwea. Having a professional background and speaking Swahili and English quite well, he was a popular person with both the Africans and Europeans. He was known as ”Mr. Versi” or “ Bwana Versi” in Swahili and was frequently invited to the garden parties hosted by the District Commissioner, a very important status symbol in colonial Africa.

By 1951, the groundnut scheme was a failure [2]but for Maherali, this was a mixed blessing - he was let go from his job but because many of the hundreds of retired soldiers decided to settle in the region, new trading opportunities opened up for the enterprising Indians.

As his father and elder brother were both retail store keepers, Maherali also opened a retail provision store in Nachingwea. He did quite well as his shop was one of the only two allowed in the European section of the town. A photo from 1952 shows a well-stocked store with lots of “canned” foods, which was sign of European customers.

His connections with United Africa Company helped many Khoja businessmen to buy the millions of pounds of leftover heavy equipment, like tractors and trucks etc. (Some of the equipment had even come from Canada!) See Tanganyika GroundNut Scheme Mr. A. P. Kassam, a Toronto senior, recalls the transport trucks he bought with Maherali’s assistance.

Closer to the independence date for Tanganyika, however, many European expatriates, farmers and business-owners started leaving and many absconded without paying their outstanding bills to the Indian ration stores. Maherali lost so much money that he was forced to declare bankruptcy in Nachingwea. He did manage to salvage some of the retail goods and started a new smaller duka in the village of Kilimarondo.

Once again, he slowly thrived, particularly when he started buying groundnuts for export from local farmers. He was forced to leave the running of the rural store to his wife and a trusted African helper while he went into the bush (for long periods) with his beloved Morris truck, to buy and collect African (Makonde) carvings, honey and sera bees wax, which he would sold to the Indian traders in the larger towns.

Maherali was also an avid dog lover and used the big lawani back-alley at Kilimarondo house/store to breed German Shepherds for sale.

Since it was bush, there was always danger from wild animals- once a cheetah intruded into the lawani and at another time, his wife found a python in the outside latrine!

And again, Maherali entered into civic life, becoming the secretary of local TANU political party branch. A photo shows him with local functionaries and the new Prime Minister of Tanzania, Rashidi Kawawa. His friendship with Kawawa was quite strong and when the road were blocked due to rainy season, which was often in Southern Tanzania, he and his family often hitched a ride to Dares salaam with Mr.Kawawa in the government planes!

But Kilimarondo had no Indian families and so life was lonely for the Versis. After his business issues were favorably resolved, Maherali explored other places in the South including relocating to Chingutwa, then went to Lulindi and finally settled in the district capital of Newala in 1964.

Bwana Versi was gutsy man and bought a bar, a business not normally favored by Indians (he himself never drank alcohol) and grew that into two local bars. Maherali remained in Newala for nine years and only sold his business when he became ill and had to move to Canada in 1975 with an eye for the future for his under-age children.

Although he arrived to Toronto, with a walking stick, he soon regained his health in seasonal climate of Canada. Ever active, he used to walk to morning prayers to the Jamatkhana community center from Lawrence Avenue on Don Mills Road to Flemington Park, a distance of 3 kilometers, at the age of 65!

Maherali died peacefully in Don Mills in 1991 but lived to see his the marriage of his two daughters and the birth of his four grandchildren.

(1) "At Njombe I encountered a new phenomenon. This was a period when the Colonial Office was embarking on a series of development projects, many of them, notably the notorious ‘Groundnut Scheme’ in southern Tanganyika, being complete disasters because they were so ill-conceived. The Colonial Development Corporation (CDC) had acquired forty thousand acres in Njombe for the planting of wattle trees. It was intended to be a co-operative venture, with local people contributing their labour and eventually receiving some benefits. Like so many of these projects, the main weakness was that the local people had not been adequately consulted and they were, with justification, suspicious, and reluctant to participate." Brokie's Way - david Bokensha chapter 3 - (Bokensa was a South African, hired as a colonial Administrator in Tanzania in 1950's.- Khojawiki Editor)